Princess Quilt for a Princess

Over the Christmas break I kept myself busy with piecing, and quilting, so that I could finish a princess quilt for this sweet princess. 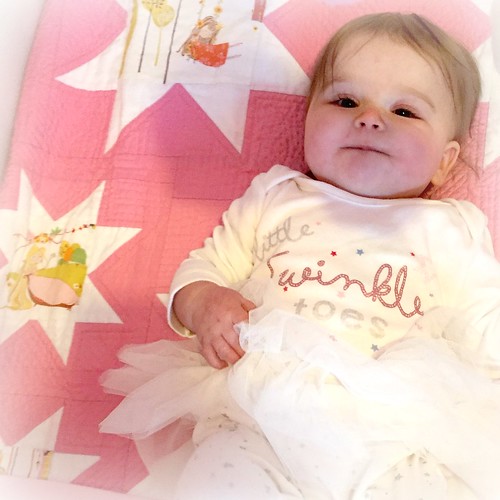 I'd started this quilt well over a year ago (princess is now 9 months!) and would only work on this project sporadically.  As Christmas approached I decided to kick it up a notch and try and get this one finished and over to its intended recipient.  There were lots of blurry eyed late nights invested... but soo worth it. 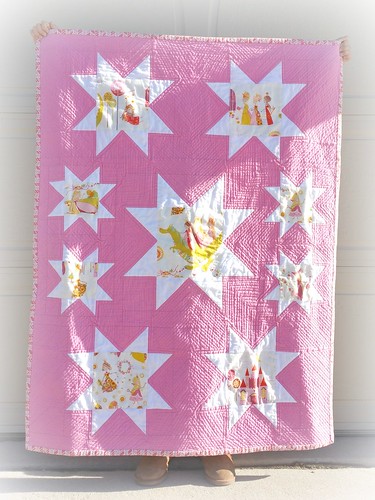 For the quilt design, I wanted something that would allow me to feature the princess pictures out of this Alexander Henry 'Once Upon A Time' fabric.  I came across the 'Oh My Stars!' Quiltalong, which looked straight forward enough my for beginner quilt skills and would allow me to fussy cut those princess images for the center of different sized stars.  It is a great tutorial, and if you check out the Oh My Stars Flicker Group you will see some creative and diverse applications of this approach. 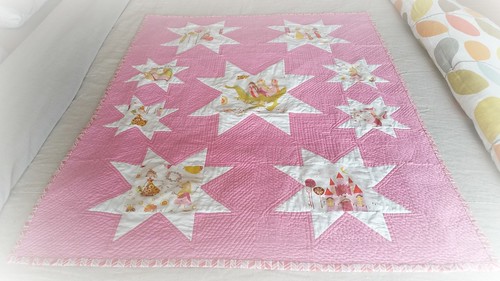 I composed the layout as I went along.  It took me a few shuffles of stars before I landed on a composition that was pleasing to me -- having a large central star surrounded by medium and smaller stars. 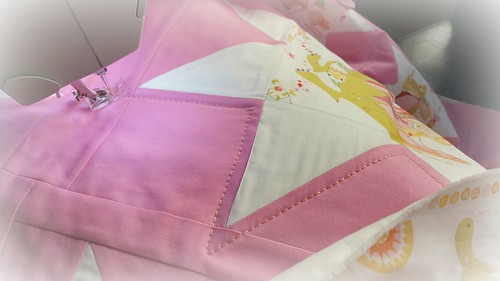 After I had pieced the quilt, I knew that there would be a strong probability that I would not be able to get it out to a professional long arm quilter for completing over the busy Christmas period.  So, I decided that I would quilt it myself!  I spray basted the quilt together and started by shadow outlining the stars in a Pearl DMC top thread - using this great tutorial for guidance.  And then further echoed that outline with Aurifil thread, until I reached the edges of the quilt.  It was a lot of work but well worth the effort.  I am enormously pleased with how this turned out. 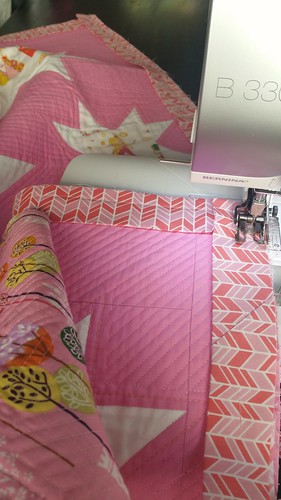 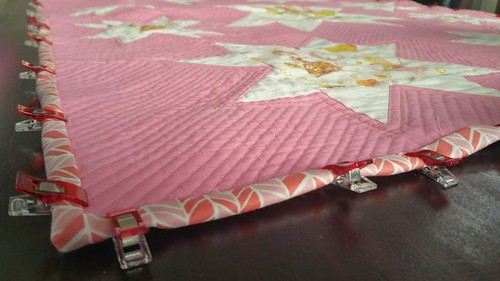 I have my next quilt in the very early planning stages... more to come in a future post.

What a wonderful gift!!! I love the amount of quilting on the piece, and recognize the effort it took! Great job.

So nice to see you back in this space. Both the Princess and the quilt are adorable! Good job!

Sam
Thank you for visiting my blog. You can also find me on Ravelry: Sam

My sincere thanks to all who are helping to make squares for hospice blankets. Check out our progress at: http://bertiesblankets.blogspot.com 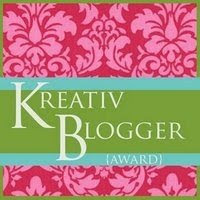 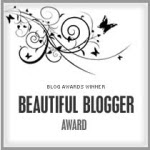